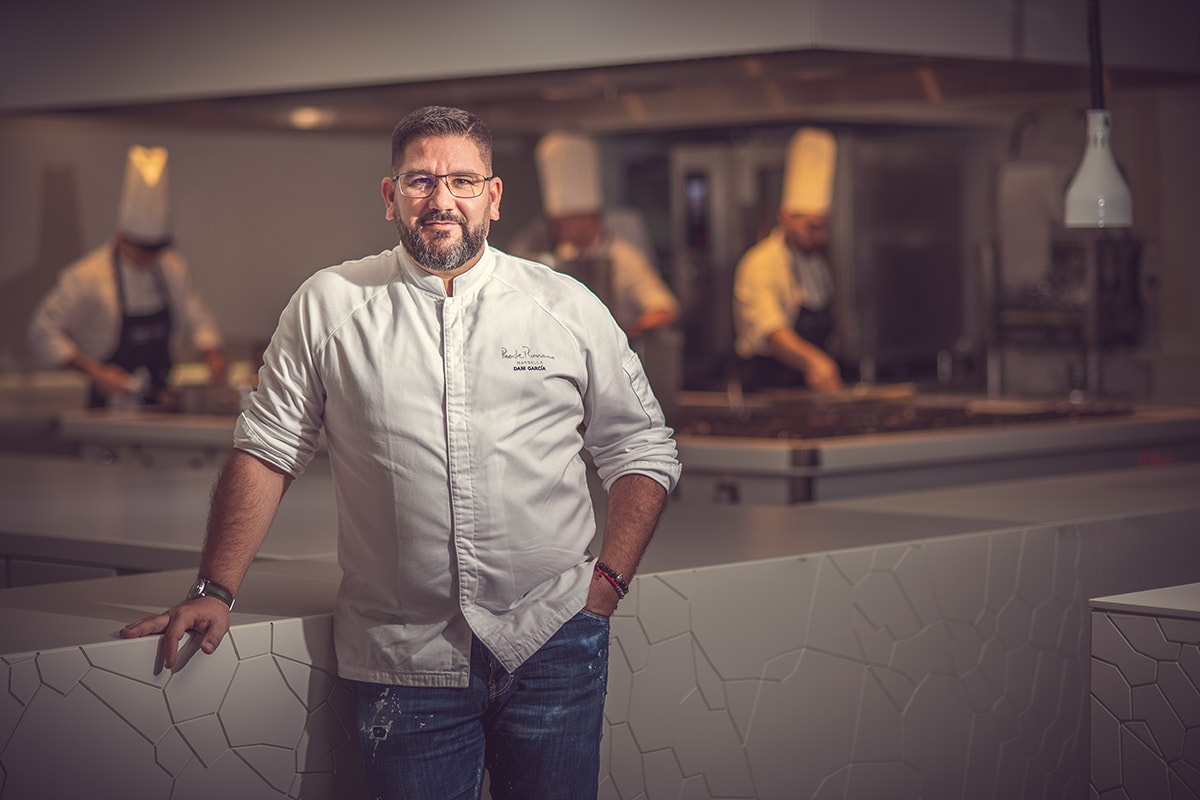 Dani García, born and raised in Marbella, is undoubtedly Andalucía’s greatest chef with fame that goes way beyond Spain. Having started off as the main man for the bars of the Meliá hotel group, he quickly outgrew corporate constraints and in 2014 opened the doors of the Dani García Restaurant, located in the legendary Puente Romano. In a recent plot twist, he sent international gastronomic elites into shock closing the establishment just months after receiving a third Michelin star. Works are now well underway to convert it into a steak house called Leña, leaving García more time to develop his own project. BiBo, a profoundly Andalusian and carefree concept, already has restaurants in Marbella, Tarifa and Madrid, with a Doha opening coming soon and plans to expand even further.

The key to many of Dani Garcia’s creations is that he brings out their Andalusian essence using truly artistic imagination and scientific techniques. Inspired by both his mother’s and grandmother’s cooking, Dani shared with us his three favourite Andalusian meals.

Сazuela de fideos is a Malaga-born twist on fideuà, a seafood dish originally from the coast of Valencia. Similar to paella but with noodles instead of rice, it usually contains various types of fish and shellfish. Seeing as it comes in a cazuela, a huge frying pan, it’s perfect for sharing! 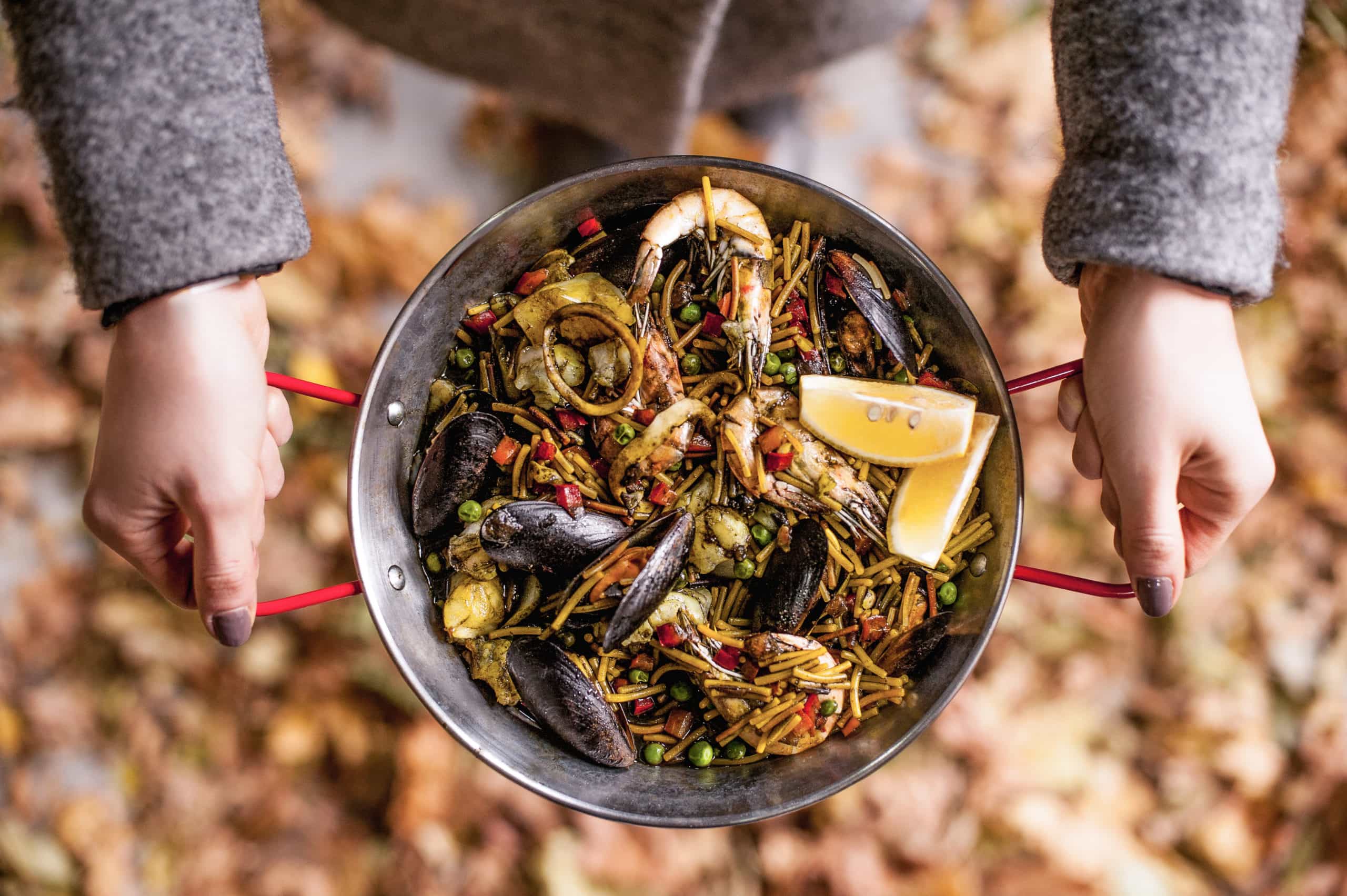 Gambas al Ajillo, or garlic shrimps, is a very typical Andalusian tapa that can be found virtually everywhere. It’s a very popular dish that can be whipped up from as little as four ingredients in under 20 minutes. 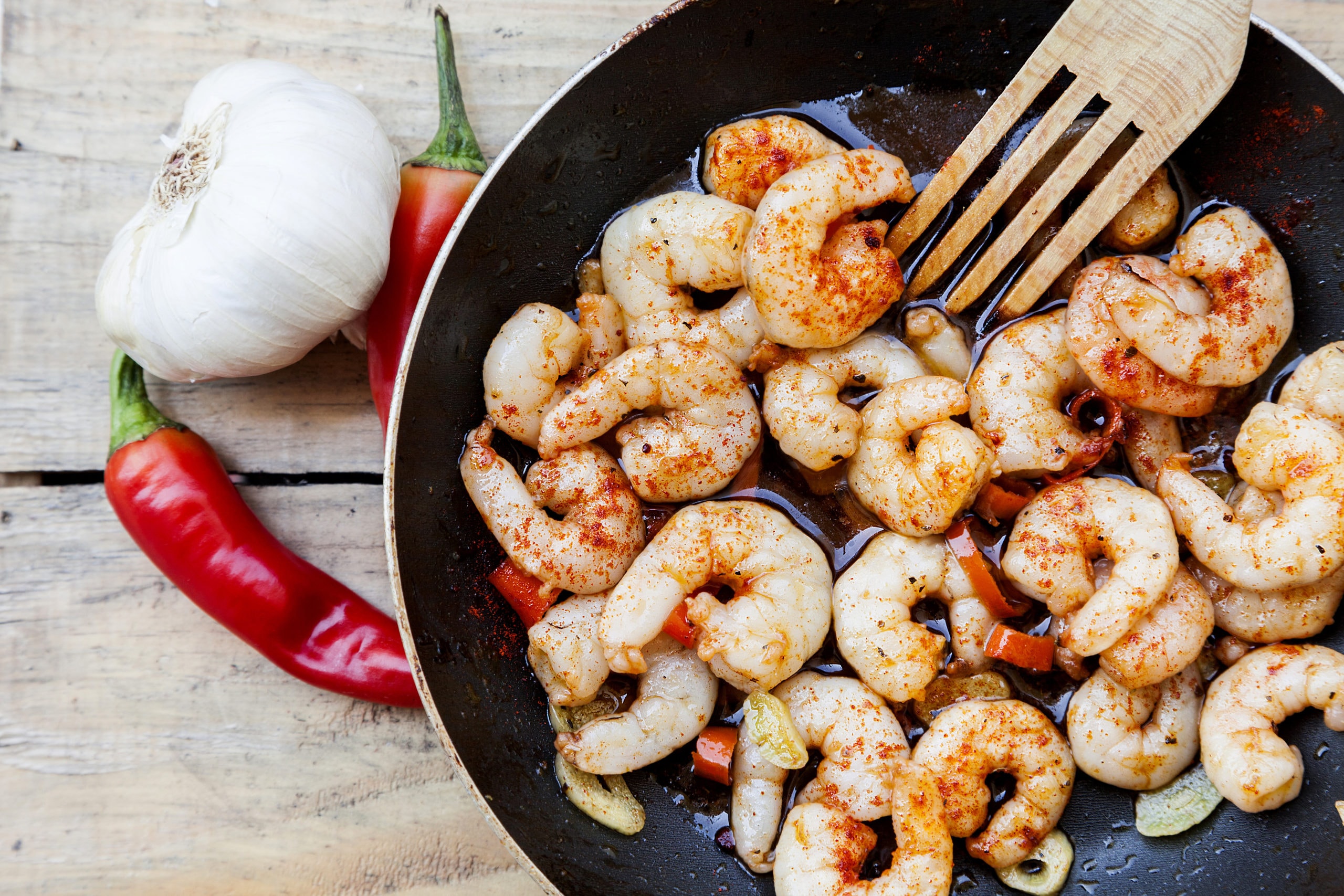 Espeto is a way of cooking fish that stems from the Costa del Sol’s humble fishing village roots. Freshly caught fish, typically sardines, are beaded on a wooden stick and cooked over an open fire. A simple yet delicious dish found in every chiringuito, it is accompanied by a smell that you will quickly start to associate with sea, freedom and slow summer evening chats. 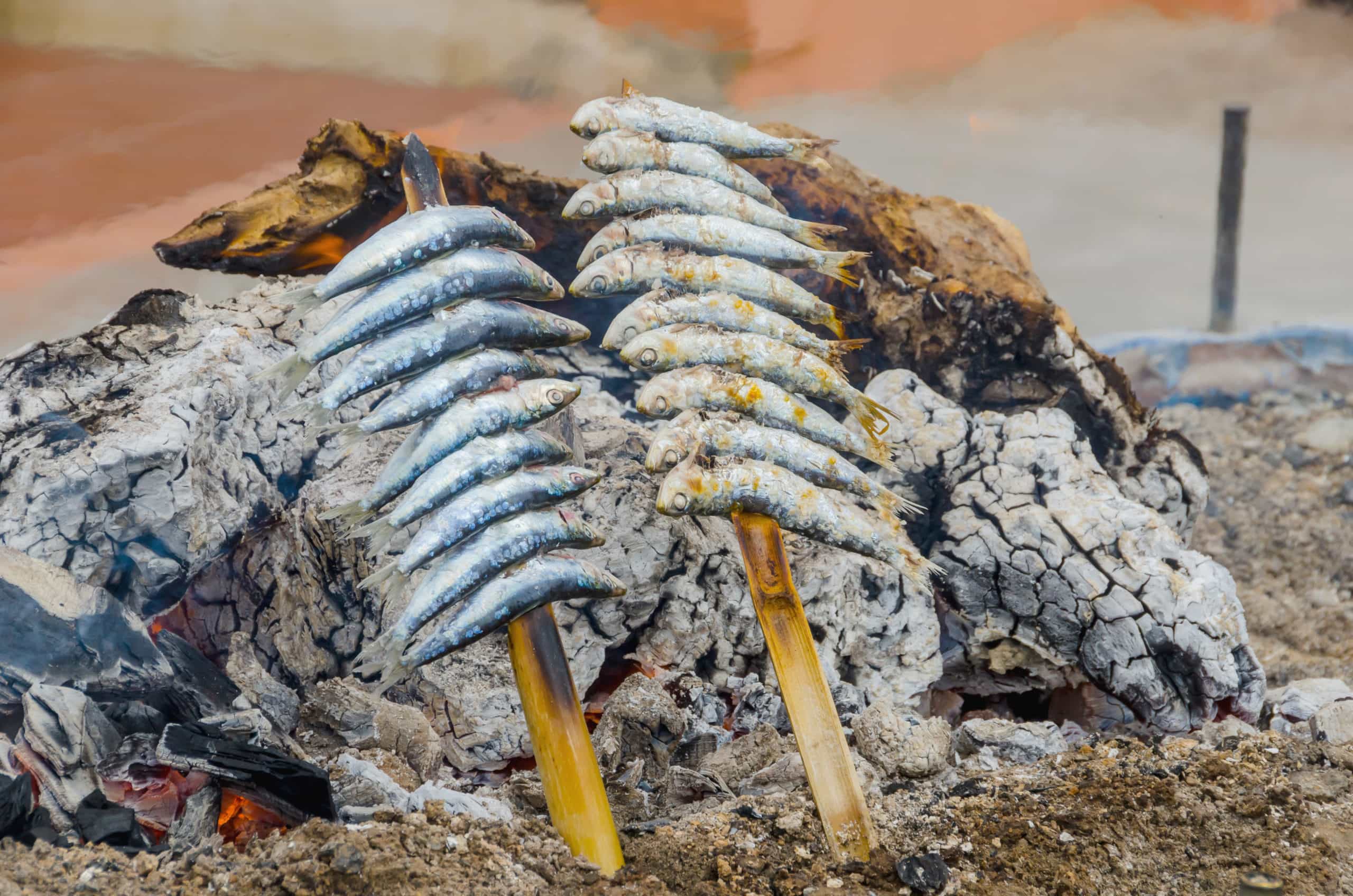 If you want to follow in Dani García’s footsteps and try his favourite dishes, all you need is a leisurely road trip through a few Andalusian villages. And if you’re a feeling a little more chic, make sure to get an early reservation at one of his local restaurants, complete with a chance of seeing the rockstar of Marbella’s food scene himself.

For more information and bookings: https://www.grupodanigarcia.com/en/