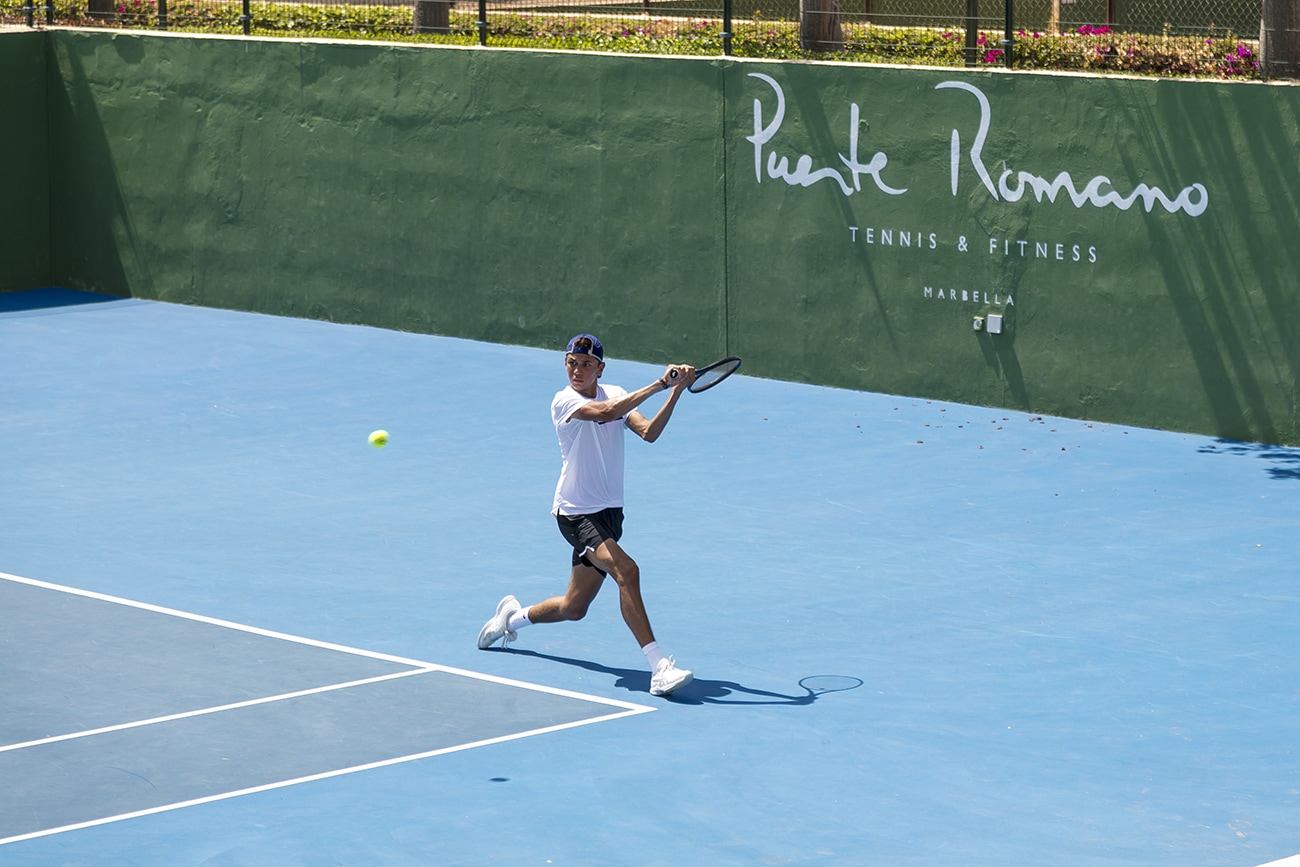 Marbella is home to some of the most prestigious and luxurious tennis courts in Europe. Having a superb climate for the game most of the year round, idyllic seaside, mountainside, or opulent resort-side settings, this region offers the perfect environment for tennis-lovers. The courts in this blog have been, and continue to be, some of the favourite destinations for world class players over the years for training purposes, competing or just having a knock around while on holiday by the Med. There are plenty of places to play for all levels, but the following are some of the most desirable and famous for having hosted a whole manner of celebrity players as well as national and international tournaments.

Some of the greats who have frequented the Marbella tennis scene include Bjorn Borg, Manolo Santana, John McEnroe, Boris Becker, Martina Hingis, Pat Cash – the list goes on to make Marbella a place of historical value in the tennis world. Some of these stars even went on to open their own, or put their name to, clubs in the area. The following are the chosen few, the love children of some of the best names in the game, which set an incredibly high standard for tennis clubs and academies worldwide.

Legendary Spanish tennis player Manolo Santana founded this club in 1997 in the foothills of Marbella. It was designed to encourage people to take up, and join in his love for, tennis and join his belief in “tennis for everyone”. Santana is an integral part of Spanish sports history and in the promotion of tennis in the country; just looking at his list of achievements in the sport leaves you in awe of his incredible career. He began his tennis life as a humble ball boy working at a local club and states that: “I remember it as if it were yesterday, I see myself running around the club, trying to find a taxi for some member, and if they gave me a tip of five pesetas, I gave my mother four!” He then developed a personal passion for the sport as well as a desire to promote it around the world – he once famously said: “Angel Nieto, Severiano Ballesteros and I were the ones who somehow made our sport popular outside Spain”.

The Manolo Santana club offers so much in the way of leisure alongside its six tennis courts with Grand Slam surfaces: three plexipave, two clay, and one artificial grass; all of them floodlit, plus padel courts, wellness studio, swimming pool, sauna, playground and gourmet restaurant. The club is luxurious but has a homely feel to it which is accessible for everyone. There are memberships available, professional coaching, tennis academy and mix ins for members and visitors alike. See here for more information on the club and all it has to offer. And we can’t mention Manolo without dropping in his famous quote; prior to winning his first Wimbledon title he claimed that “grass is for cows”, believing that tennis should be played on hard courts. His club subsequently preferred to offer a choice of all surfaces popularly known to the sport! 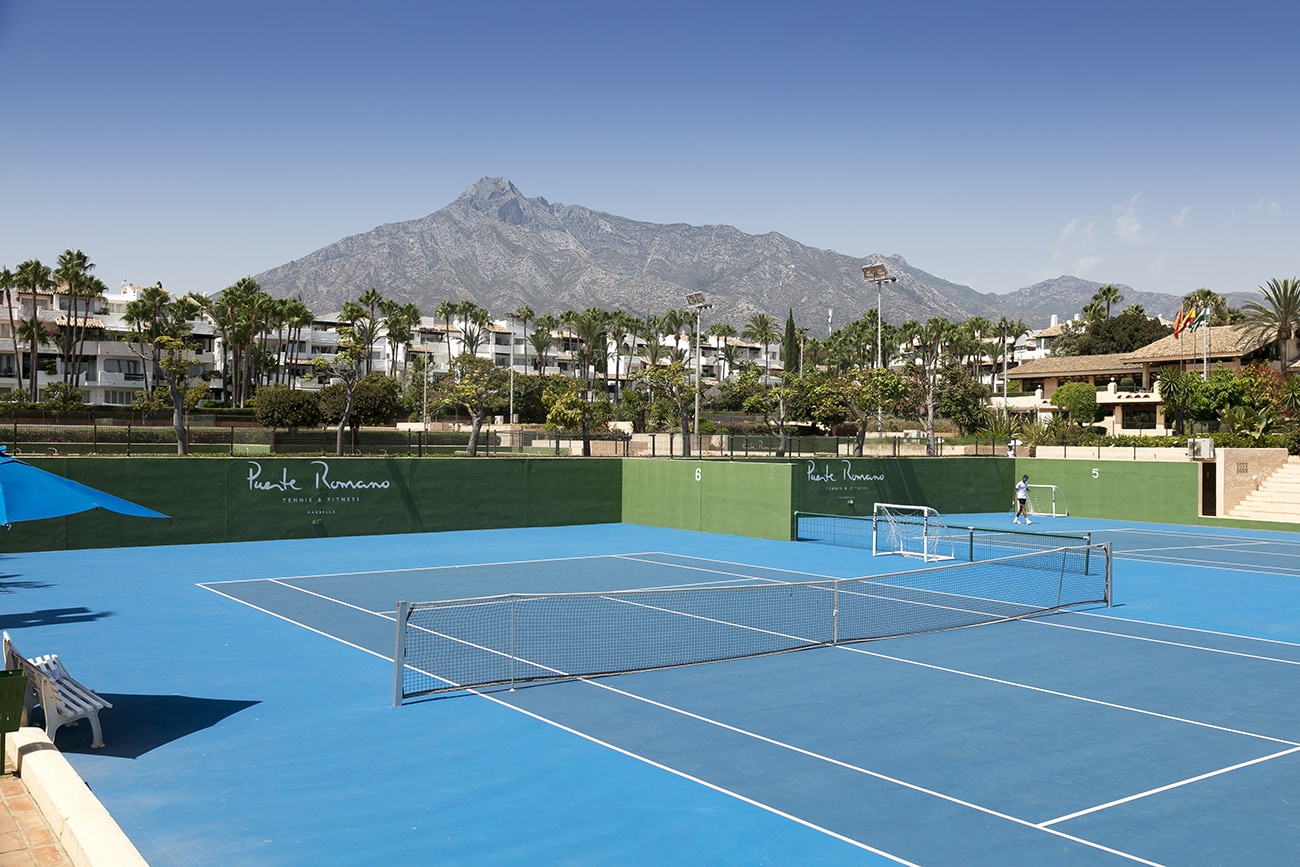 The tennis club within the grounds of the 5-star Puente Romano has to be one of the most exclusive and well-known clubs in Spain. It has hosted numerous national and international tournaments such as the Davis Cup. The extensive complex featured ten courts in total; eight of which are clay and two are hard courts. These are tennis courts built on the history of the legends that graced their surfaces, as well as luxurious surroundings and high class facilities. This includes state-of-the-art gym, Turkish baths, steam room and sauna, fitness studio, restaurant with a sea view and outdoor terrace, all swimming in opulence. The tennis club and academy here was inaugurated in 1979 under the management of tennis legend Bjorn Borg until it was taken over by Wimbledon Champion, Manolo Santana from 1983-88. If you want to serve and volley where tennis greats such as Boris Becker, John McEnroe, Serena Williams and Henri Leconte have trodden, or lob and smash on centre court where the stage was graced (during some of the countless concerts held here) by José Carreras, Ray Charles, BB King, Paco de Lucía, Van Morrison, Grace Jones, George Benson, Dionne Warwick, Lionel Richie and Liza Minnelli, then book yourself a court! If you need a lesson or two you’ll find world-class instructors ready to get your game up to scratch. To book you can visit the club’s website here. The club is open from Monday to Sunday from 8am-10pm. 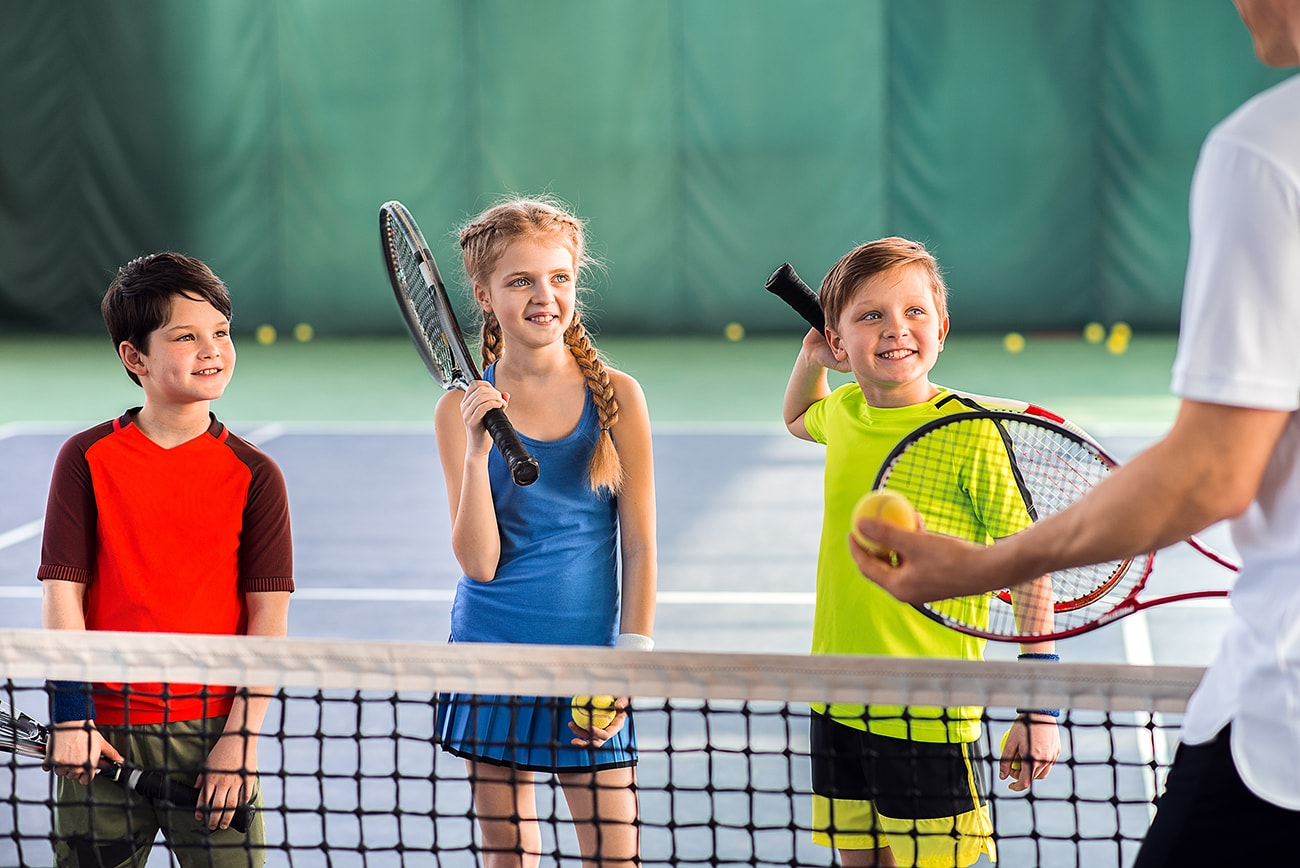 Klaus Hofsaess, who you may remember as the trainer of Steffi Graf, founded this world class tennis club and academy back in 1984. Another club run on the historic foundations that it set back in the eighties, with all-time greats such as Stefan Edberg, Bjorn Borg, and Emilio Sanchez frequenting the courts. You’ll never be short of a bit of tennis legacy or nostalgia in the halls of this famous club where autographs and messages from star players pepper the walls.

The club boasts nine international standard courts: five hard and four clay, as well as luxury accommodation, spa, gym and views worth writing home about. You can also take a break from the action and relax on the restaurant terrace, or even indulge in a room for the night. Located in Monte Elviria the club is a popular holiday destination for tennis playing families. It is also a training centre, academy and runs a boarding school for the perfect mix of sport and education. To find out more visit their website or book a court on +34 609 592 908.

Wimbledon champion in 1953, 1955 and 1956, Lewis Hoad was the founder of this illustrious Tennis Club in Mijas Costa. What better to do on retiring from tennis than set up an incredible place for future generations to learn and practice the graceful sport? The club is one of the most well-known in the south of Spain and sits in the grounds of a stunning Andalusian estate laced with extensive landscaped gardens. Here you can practice tennis on one of their seven Plexicushion courts day or night thanks to recent renovations the floodlights kick in at dusk.

The club offers excellent standards in coaching and also features padel courts, a gym, hair & beauty salon, swimming pool, plus a fitness studio offering yoga, Pilates and Zumba. There is also a traditional Spanish restaurant as well as plenty of sumptuous areas to relax in. The club is set in such a stunning location that it also hosts weddings and events. For more information or to book any of the above go to their website here.