Your weekly dose of GOOD NEWS 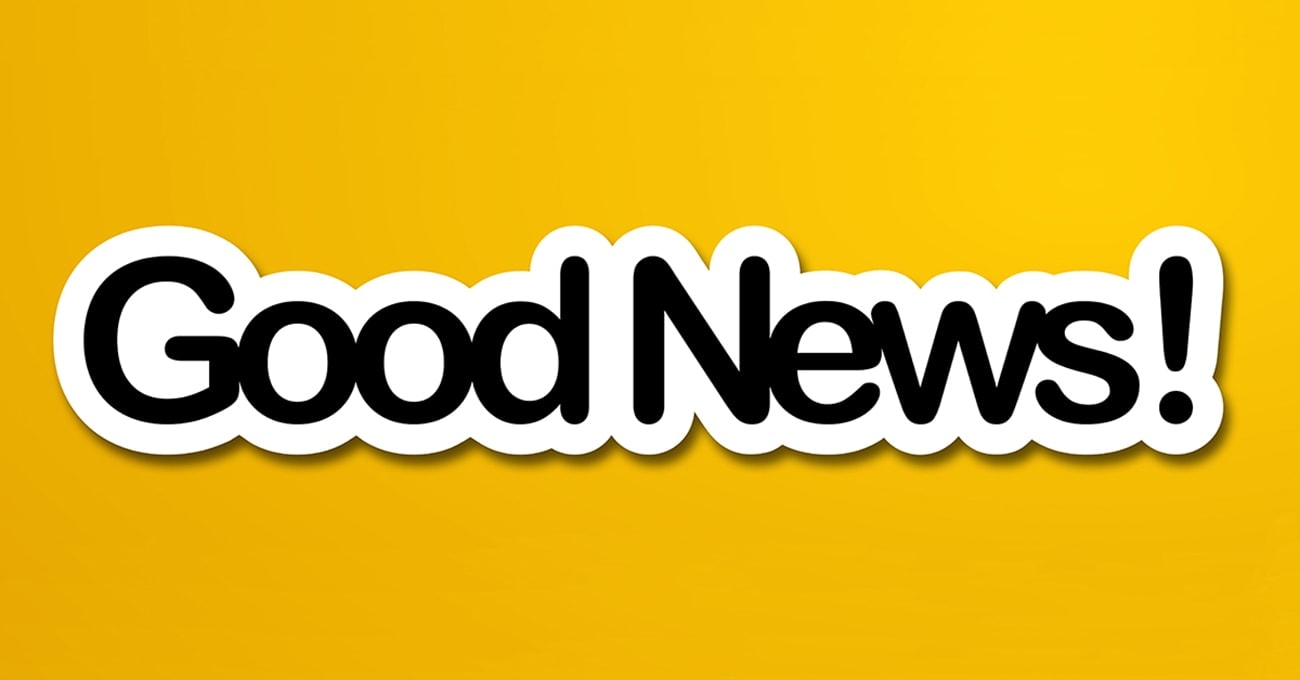 Good day to you all, here is your weekly dose of positive updates from around the world. Rays of hope amidst the clouds of uncertainty we are all living under…

As Bright has it’s headquarters in Marbella, we start with good news from Spain:

Last week saw the positive headline hit the Costa del Sol, that for the first time since the start of the Coronavirus pandemic the Malaga area had more people cured than infected. On top of this no coronavirus deaths have been reported in daily figures (April 13). And just 14 new cases have been recorded compared to the peak day of April 2 when the Costa del Sol saw 180 people diagnosed with the virus. And according to figures from the Ministry of Health, in the past 24 hours there has been only two new admissions to ICUs in the whole of Andalucia. These latest figures show that the lockdown is starting to take effect and working to curb the spread of the virus. 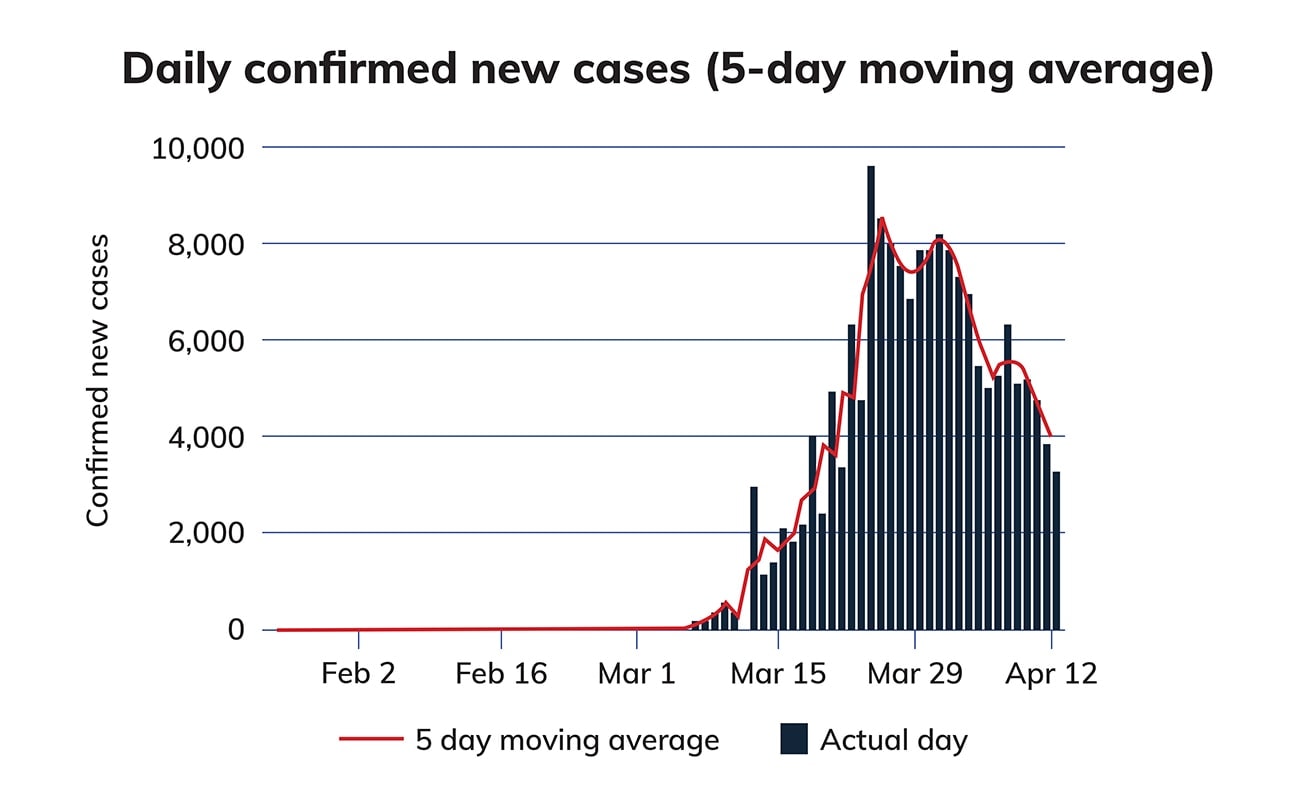 Yesterday (April 13) saw some non-essential workers in Spain being permitted to return to work. Restrictions and lockdown are still in place but a sense of normality can return to some who cannot work from home including builders, factory workers, and those businesses that can remain behind closed doors, i.e. not open to the public. Banks and notaries are functioning for essential needs. On the Madrid metro and at bus and railway stations, police handed out face masks to commuters.

In the whole of Spain 517 people have died in the previous 24 hours, compared with 619 recorded on Sunday. 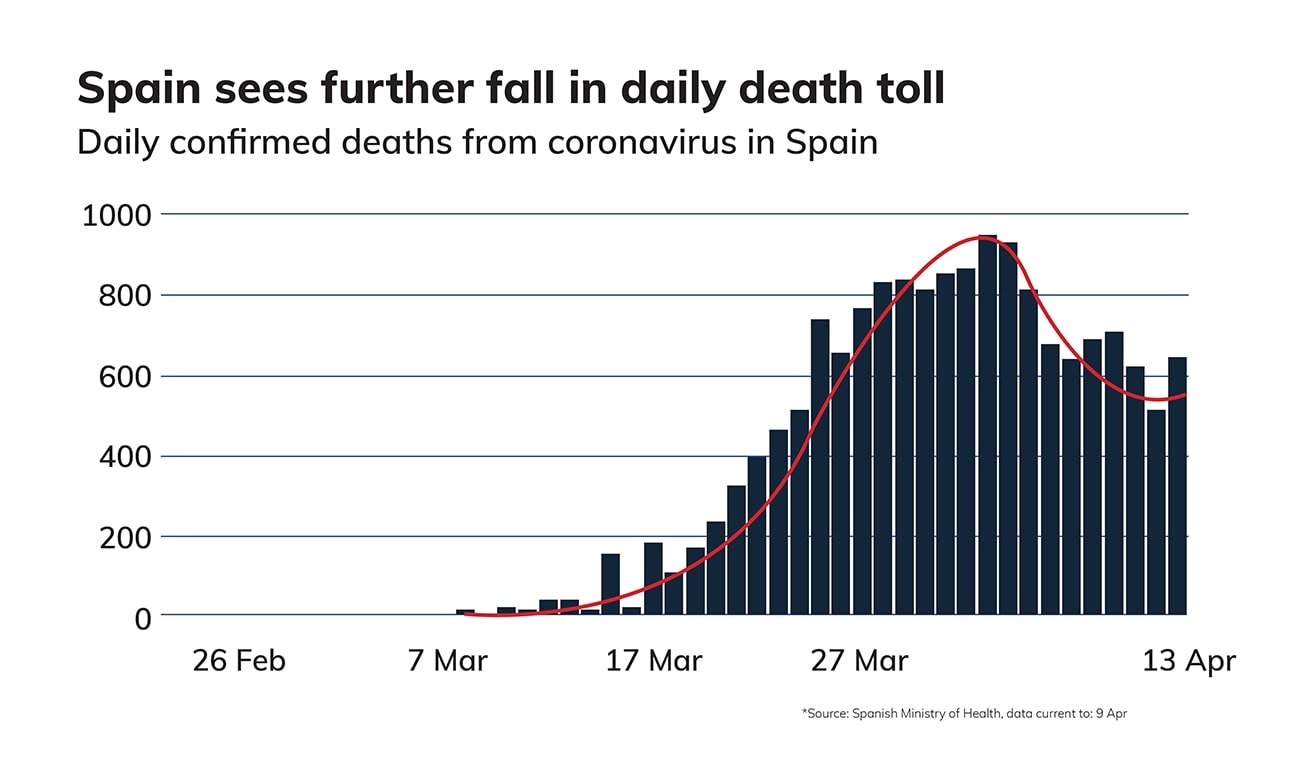 Spain has announced that it hopes to lift the lockdown by April 26th allowing people to go back to living life in a more normal manner. However, there will still be many restrictions in place to continue to limit the risk of spreading the virus. The spokeswoman for the government, Maria Jesus Montero, said that residents will be able to go back to “their normal lives” after April 26 but in a “very controlled manner and with clear instructions”.

Recoveries: The statistics are pretty scary when it comes to how many new cases and deaths we are still being faced with per day, however it is often neglected to look at the positive numbers – how many people are recovering from Covid-19? The total number of people who have recovered in the world to date is 441,323!

According to a recent article by Harvard Medical School most people with COVID-19 do recover. The most recent estimates now suggest that 99% of people infected with COVID-19 will recover. Some people have no symptoms at all. And while thousands of people have died, the overall death rate is about 1%, far less than MERS (about 34%), SARS (about 11%), or Ebola (90%), though higher than the average seasonal flu (0.1%). The loss of life is of course terrible, but based on the fatality rates alone, it could be a lot worse.

Israel: Six critical patients in Israel survive Covid-19 having been treated with placenta-based cell therapy. All six patients were suffering from acute respiratory failure and inflammatory complications as a result of the coronavirus, two of them had further issues showing signs of organ failure. All have survived and are currently recovering in hospital. Most are even showing signs of respiratory improvement and are gradually being taken off ventilators. Two of these people had preexisting conditions which did not prevent them from recovering from the virus.

Japan: Japan will offer an anti-flu drug – Avigan – to 20 nations, for free. At a news conference the foreign minister said Japan will provide the United Nations Office for Project Services with a $1 million grant to buy and distribute the drug, also known as Favipiravir. Researchers at Wuhan University have said the drug was effective for coronavirus patients, especially for those showing initial mild symptoms.

India: Currently in the midst of a 21 day lockdown, India has managed to reduce pollution levels to such an extent that visibility has given people in certain areas a rare view of the Himalayas. Certain areas in the north are getting visuals of the mountains at over 200km away for the first time in 30 years. Overall air quality in the densely populated country has improved by a whopping 33%!

The richest person on earth right now, Jeff Bezos, best known for founding Amazon has offered to donate $100 million to charity Feeding America. He posted a message on Instagram to confirm his generous donation.

CEO of Twitter, Jack Dorsey, has decided to pledge $1 billion to help relieve the disaster caused by Coronavirus 19. He tweeted the following message on 7th April:

I’m moving $1B of my Square equity (~28% of my wealth) to #startsmall LLC to fund global COVID-19 relief. After we disarm this pandemic, the focus will shift to girl’s health and education, and UBI. It will operate transparently, all flows tracked here: https://t.co/hVkUczDQmz

The Bill & Melinda Gates Foundation have also donated $100 million to fund treatments, testing and hopefully a vaccine for Covid-19.

Many people across the world are offering aid in any way they can in order to support local people during this crisis. It shows the strength in communities far and wide, and the good nature humanity has to offer. Many public figures have been reverting from their current positions as politicians, sports professionals and film directors, back to their medical backgrounds in an attempt to support their country as well as finding ways to relieve the pressure during extreme circumstances. One French film director was actually filming a medical drama in a hospital in which he actually used to work, when the virus hit the country. He promptly halted filming and returned to work there as a doctor a few days later!

An 84 year old man in the UK was diagnosed and considered critical, he consequently suffered pneumonia and hopes were brought down to a minimum. After two weeks he has now been discharged and is fully recovered!

In our previous blog we reported on Mr P – a 101 year old man, born during the time of the Spanish Influenza, was admitted to hospital in Italy with the coronavirus during Italy’s worst moments. He has subsequently survived and recovered proving that the future is in no way predictable!

Over the next month Dazed has enrolled a community of leading names across music, art, fashion, food, design, science and politics to take over their Instagram and Twitter for a day, setting daily creative exercises for audiences to interact with. To join in and get inspired follow the #AloneTogether campaign on dazeddigital.com, and on Instagram and Twitter.  As the people behind the initiative so eloquently state; “This unusual alteration to the way we live life calls for solidarity, togetherness, and communication. We may be alone, but we are together”.

Until next week – stay home, stay safe and stay positive!