Santiago Calatrava: he is not a household name in the Anglocentric world, but given the scope of his work and the controversy that surrounds it, he could be the best-known living architect in the world.

Mention his name at a cocktail party on Park Avenue, or at a city council meeting in Venice, or a pub along the quays in Dublin, or anywhere in the world where Santiago Calatrava has left his mark, and you might start a riot. He is the bete noire of polite architecture, loved and hated to a degree difficult to measure: loved by the great mass of people who walk by his buildings and bridges and marvel at their primeval beauty, and hated by many of the people who use them.

Like Oscar Niemeyer before him, he is a sculptor of monumental buildings and enemy of the straight line, but he is also an artist and a bold and exciting engineer. His buildings tend to be big and his bridges, with some exceptions, relatively small, and they are all recognizable as his: almost all space-agey, organic in shape and awe-inspiring in their sculptural beauty.

Calatrava is extraordinarily prolific, with more than seventy major projects, mostly large public buildings and bridges, to his name in Europe and the Middle East, followed by the US, South America and China, and he is already part of the history of architecture, with more than fifty books in numerous languages having been written about him and his work, and dozens of honorary degrees from some of the most prestigious universities in the world. 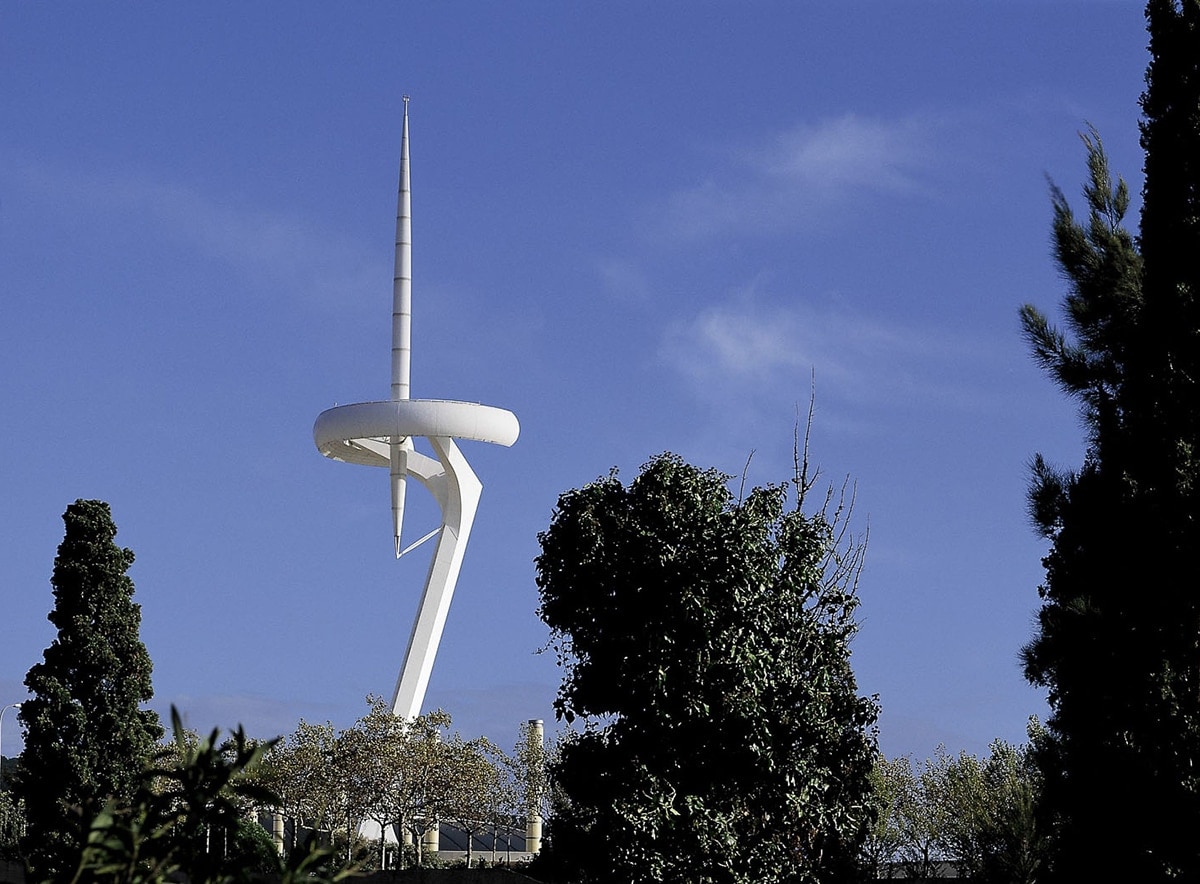 He has also collected a long list of projects marred by budget overruns, delays, lingering technical problems and subsequent litigation. While this may be par for the course for many large architectural firms, he has raised the art of overspend to new levels, and has prompted comments such as “A self-indulgent monstrosity” (New York Post) and “a kitsch stegosaurus” (New York Times).

More specifically: leaking roofs and windows, slippery walkways, falling tiles, opera seats without views of the stage, airport terminals in cold climates without covered waiting areas, the list seems to be never-ending. Sometimes, perhaps, he goes too far. The saga of the Chicago Spire Tower, opposed by Donald Trump, among others, is just one more example of what might have been in the Calatrava story. A toxic mix of politics, greed, global recession, Irish bank failure and long litigation finally ended the project, which would have given Chicago the tallest building in the western hemisphere and a magnificent addition to its famous skyline. But Calatrava did not get where he is by leaning backwards, and his own ambition may have had something to do with it too.

And still, his clients keep coming back for more. Two bridges in Dublin, two in Berlin, three in Amsterdam, four in Dallas, more new museums, more new railway stations, more new airports and, of course, more new bridges worldwide to add to the dozens already built. Rather than bellyache about what he’s done wrong, we should maybe take a closer look at what he’s done right. 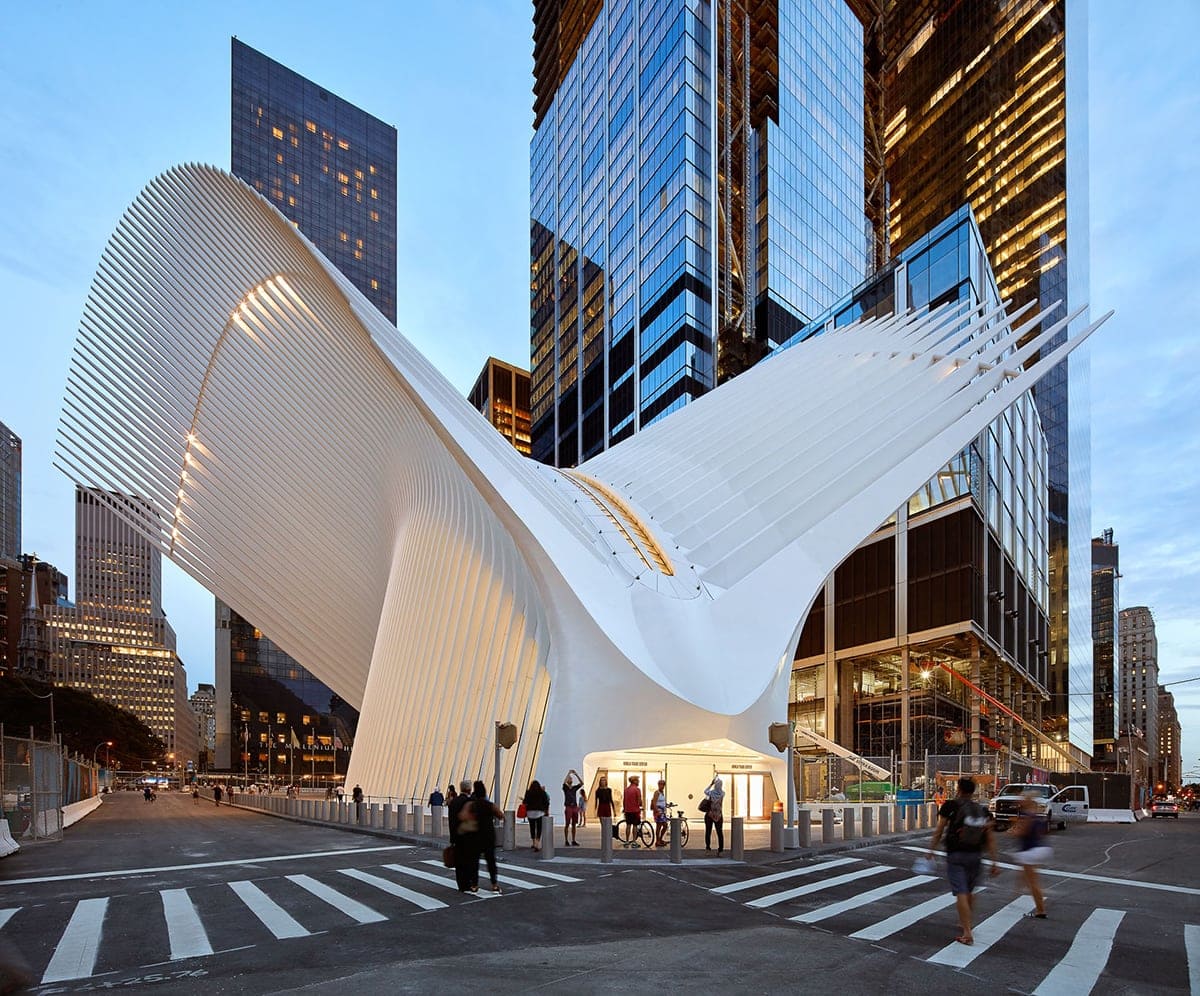 If form, function and a mountain of money are the Holy Trinity of iconic public architecture, Calatrava certainly stands head and shoulder above the pack on two counts. Just look at his obscenely expensive but magnificent World Trade Center Transportation Hub – pictured above. It is small, relative to the skyscrapers surrounding it, but it dominates the image, a soaring white dove spreading its wings, about to take flight. Not a cathedral or opera house, remember, but a building as humble in function as any can be: a kind of subway station, but also a statement of emotion with a pure Mediterranean flavor. The timelapse video below gives you an idea of the magnificence of the structure:

Sometimes a single photograph can tell the story of a city’s architecture, and in New York, it has to be the Google Street View screenshot below, taken from Broadway, showing St. Paul’s Chapel on the right, the oldest surviving church building in Manhattan (dating from 1766), and looking down Fulton St, where one can see one of the soaring wings of the Calatrava building jutting out beneath the One World Trade Center in the middle. It’s a pity the unfinished St. Nicholas Greek Church, another Calatrava gem just around the corner, is not in the picture. 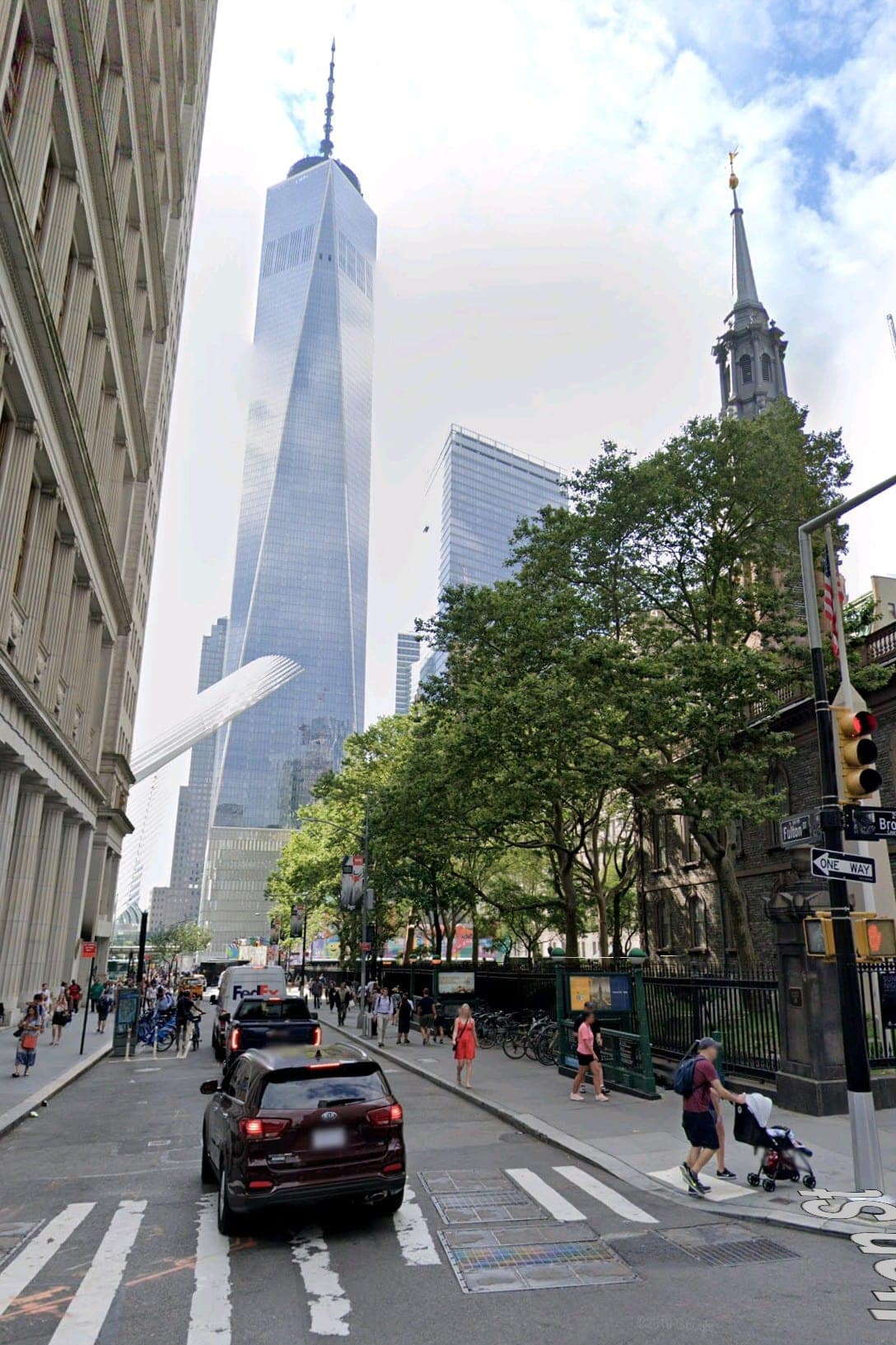 How to pick a building to comment on? Difficult, because all of them are worthy of comment, except some of those smaller footbridges that tend to look alike. Almost all of them are made of steel arches and cables anchored to massive concrete supports and granite pillars below, and are minimalist in the extreme.

Calatrava is also a painter, sculptor and ceramist, and in fact, his Turning Torso in Malmo was originally a piece of sculpture – take a look in the video below. He has exhibited in the Metropolitan Museum of Art in New York, the Hermitage Museum in St. Petersburg and the Vatican Museum.

Santiago Calatrava, born in Valencia in 1951, is married with four children and lives between Zurich, where he studied as a young man, and New York City. Readers interested in looking at more of his work should visit his website.