The attraction of the south of Spain does not lie solely within its olive farms, tapas bars, bull rings, and Moorish architecture. The naturally beautiful landscapes within Andalucía are stunningly diverse featuring lakes, canyons, mountain ranges, rolling sand dunes, golden beaches, and so much more. Join us on a journey to some of the most incredible natural and varied wonders in the region that you simply must see. 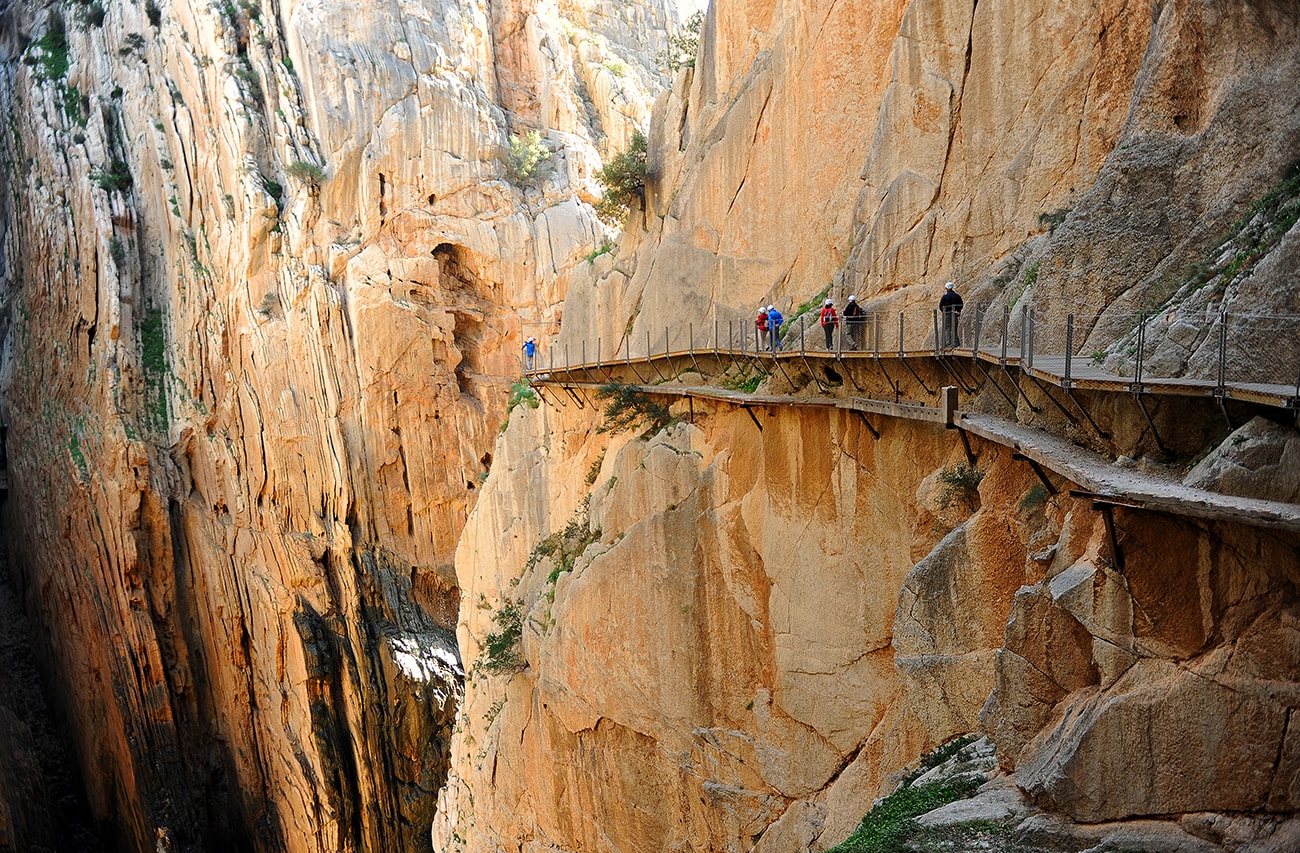 Translated as the King’s Way, and previously known as one of the most dangerous walkways in the world, the Caminito del Rey is also one of the most incredible paths situated snuggly against the toweringly steep walls of an extremely deep gorge. The camino appears precariously tacked along one side of the gorge by steel stanchions. The original trail was closed for more than ten years once it fell into partial disrepair. After four years of reconstruction it was reopened in 2015. Still not for the feint-hearted nor the vertigo sufferer but it truly is the most breathtaking natural sight to behold as you pass through from a position that is wholly unnatural for human eyes. It could be thought there may be some religious significance to such a magnificent pathway, however it was originally constructed to allow workers and materials to reach the hydroelectric power plants being built at Chorro and Gaitanejo Falls. The regal link to the walkway, which is a mere 1 metre wide and 100 metres above the river that flows below it, is due to the fact that King Alfonso XIII crossed it in 1921 to inaugurate the Conde del Guadalhorce dam, which is therefore how the 2.9km path got its name, El Camino del Rey which subsequently changed to El Caminito del Rey! There are many incredible sights to be seen in the surrounding areas behind Malaga: the lakes at El Chorro, the Gaitanejo reservoir, the Bobastro ruins, Desfiladero de los Gaitanes which feature options for hiking, climbing, caving, kayaking, swimming and generally soaking up the wonder of the natural surroundings.

To locate one of the incredible beaches of Punta Paloma you’ll need to navigate through the shade of a pine forest to make your way to the powdery soft golden sands. Here you will often find some surf as well as the perfect spot for a natural mud mask. The clay rock here, once mixed gently with water is a popular skin treatment, you’ll often see people strolling the water’s edge looking rather odd caked in the natural minerals. Once you rinse it off your skin feels incredibly smooth and refreshed.

You’ll also be met with the face of the incredible natural sand dunes which are formed from the intense winds that the area endures all year round. The view from the top of the dunes is incredible, as is rolling and leaping down them multiple times, from here you can walk all the way back to Tarifa town if you really want to experience the entire stretch! A little further along the coast brings you to the similarly unspoilt beach of Bolonia, another truly stunning bay. The whole region of Tarifa and beyond has so much natural beauty to offer and since becoming national park in much of its land area, is still blissfully untouched. 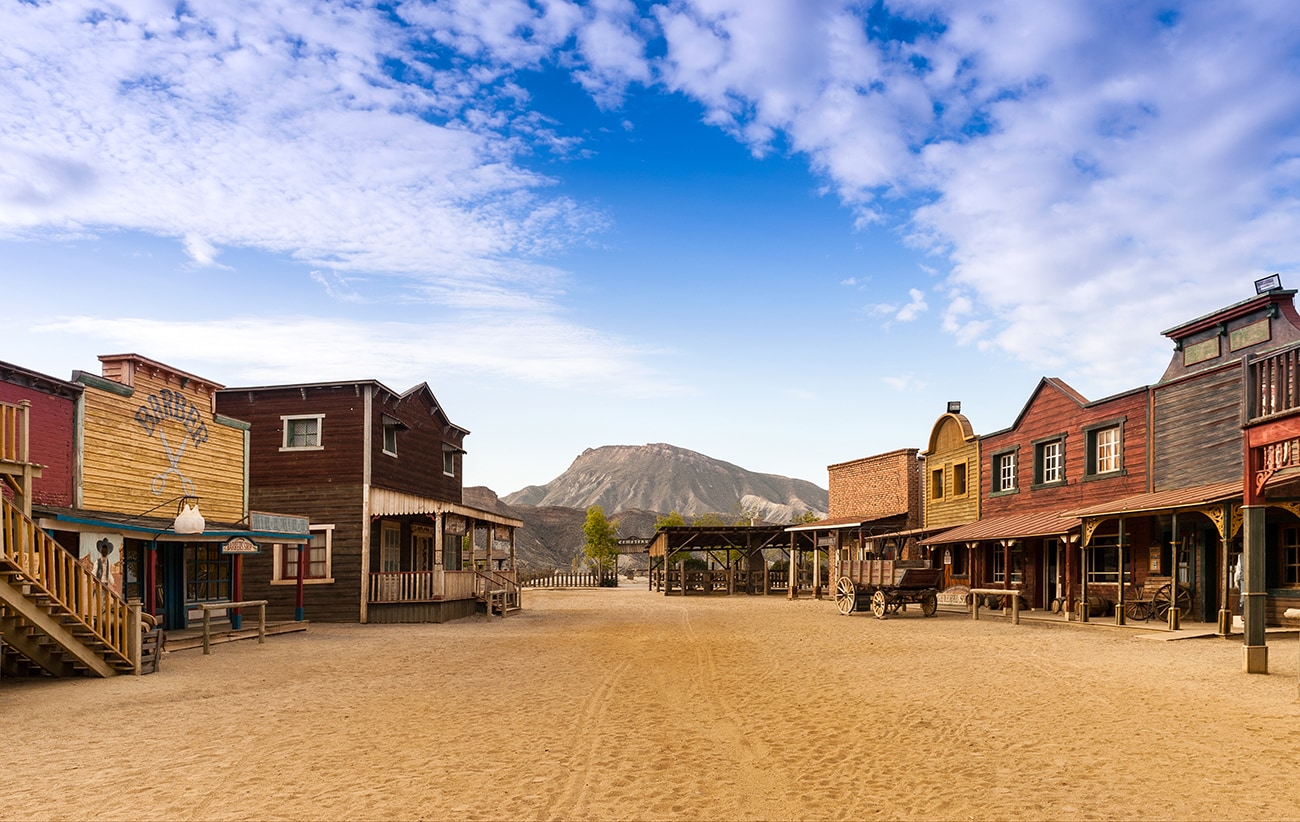 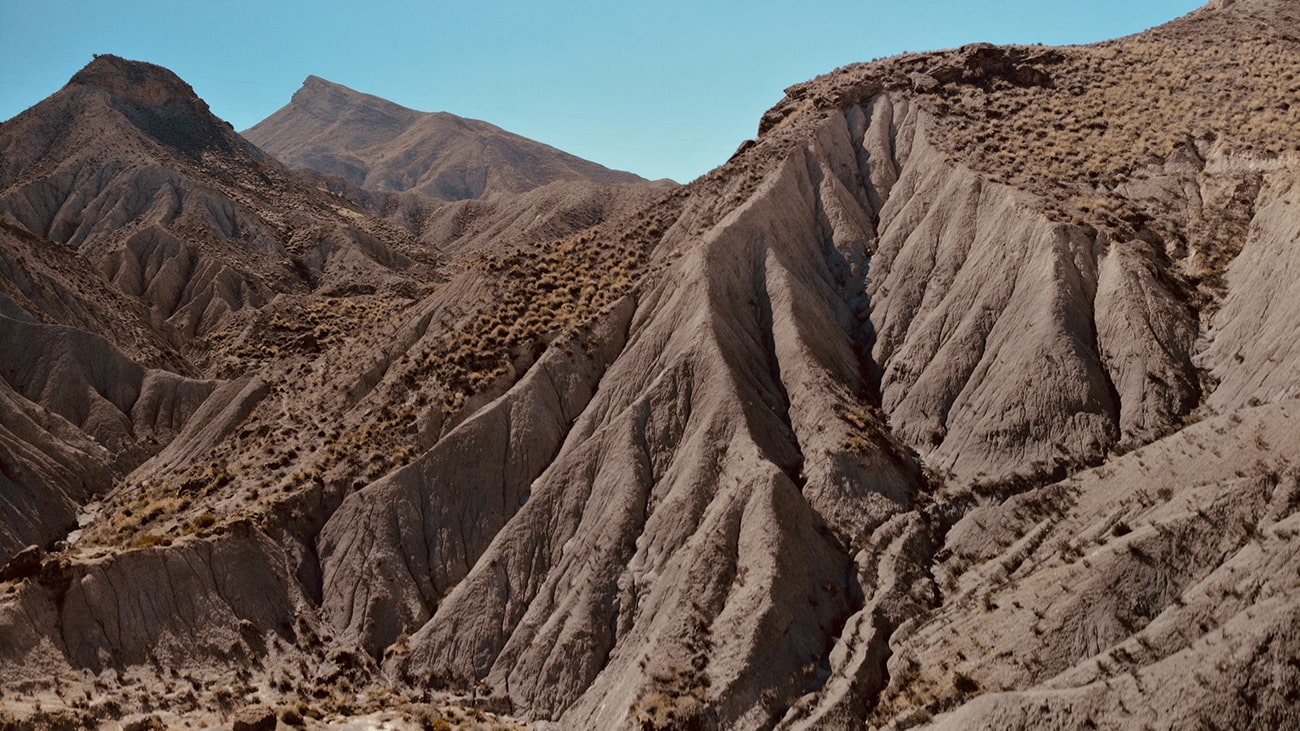 The one and only official desert in the whole of Europe! Located north of Almeria, nestled between the mountain ranges of Filabres and Alhamilla, the Taverna Desert has been the location for many a Western movie set. And you can see why; the scenery here is truly startling with sand-covered gullies, grass covered steppes, steep canyons and dry river beds, it is no wonder these bad lands have been compared to the Wild West of America. You can in fact visit film sets in the Tabernas Desert such as ‘Fort Bravo’ a purpose built ‘town’ which you can reach by taking an adventure through one of the area’s undulating valleys. The movie sets will fully distract you from the fact that you are in Spain as you stroll through the one horse town and stop in at the local saloon, and conjure up scenes from The Last Crusade, Lawrence of Arabia, or Once Upon a Time in the West, all of which were filmed here. It is incredible to the think that only thirty minutes away are the beautiful beaches of Cabo de Gata. Whether you are a movie buff or not the scenery here is something to behold and well worth a visit. 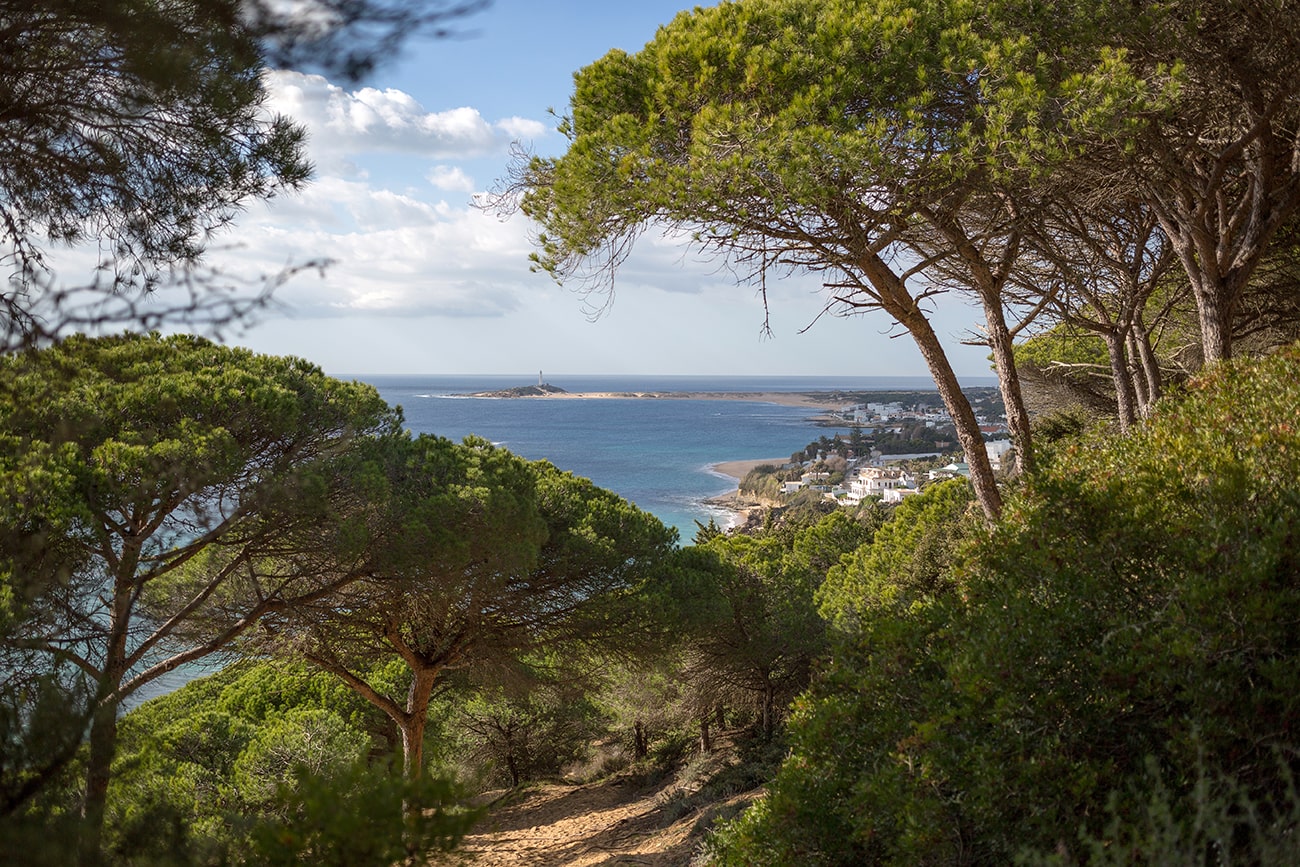 This natural park near the coastal region of Cadíz borders the small fishing town of Barbate, and features stunning stretches of rugged cliffs and ocean views over the Atlantic. As well as being a densely wooded pine area you’ll also find sand dunes, pine forest, wetlands and a marine area which hold host to a wide range of indigenous flora and fauna from wildflowers to wild tuna. Being one of the smallest of the 22 natural parks Andalucia has to offer, it is one of the favourites for its diversity and coastal situation. Fishing provides the majority of the natural resources of the park, followed by pine nuts yielded from the extensive pine forests. There are many walks within La Breña, all of which are stunning as well as manageable, as well as some wonderfully  accommodating little villages nearby such as Zahara de los Atunes, Caños de Meca, Barbate itself or the little surfing town of El Palmar. All are worthy destinations in themselves. This is a fantastic area to explore and will guarantee some hidden gems.

Andalucía not only offers you surf in the waters in and around Cadiz and, on occasion, the Costa del Sol, but you can also head for the mountains and take to the slopes during the winter months. If you are exceedingly adventurous you could actually achieve both in one day! Situated just outside the city of Granada, Sierra Nevada is more than just a ski resort. There are countless hikes and walking trails that will lead you to the most incredible outlooks at any time of year, through natural gullies and over rocky terrain. Mulhacén, for example, nicknamed “The Roof” features fully dramatic landscape, sitting at 3,478 metres it is the highest mountain in the Iberian Peninsula. The ski resort of Sierra Nevada, the most southerly in Europe, is a quaint village set in the foothills of the mountain range. The slopes feature over 100 kms of ski routes including 124 pistes. Sierra Nevada also boasts the highest paved road in Europe which is frequented by cyclists due to the incredible views and fresh mountain air. From the end of the route you can walk the final sixteen metres to the summit of the Veleta and soak up the as-far-as-the-eye-can-see vistas. This is a stunning natural area of beauty which is absolutely worth the few extra kilometres from Granada.